He completed the department of composition of State Conservatory of Ankara as a student of Prof. Ercivan SAYDAM in 1978. In the same year, he graduated from the branches of high harmony, counterpoint, fugue of “Ecole Normale de Musique d Paris” in France and since 1982 he was a scholarship student from the French Government and graduated from the orchestra section of the same school by deserving the first award. In the same period, he deserved the “Vermeil”  medal  by the work performed in orchestrate conductor at the State Conservatory of Rueil/Malmaison in Paris. He worked together with the famous conductors like Devos, Dervaux, Ferrera and Giulini at the various internship and seminars of which he deserved to attend as a scholarship of French Government in Italy and France.  He established  “ Ensemble  Inetrnational de Paris Orchestrate”  financed by Ministry of Culture and Ministry of Foreign Affairs in 1983 as well as he worked as a assistant  at “Pasdeloup Symphony Orchestrate” in Paris.  He attended the various radio television programmes with the same orchestrate and recorded a disk.  He attended as a guest to the various concerts and festivals in France, Italy, Sweden, Portuguese, Japan, Malta, Mexico, Austria, Brazil, America and Turkey.

He realized the opening of “Omaggio Venezza” festival which was broadcasted live for the European countries by the television channel Rai 3 in Venezia. He conducted many concerts in the tours realized in these countries.

He has been the conductor of State Symphony Orchestrate of Izmir since 1987, and he has also continued being a guest conductorship with Stockholm Folk Opera since 1991.

He still continues to work as an Orchestra Conductor and Art Consultant of Eskisehir Metropolitan Municipality Symphony Orchestrate. 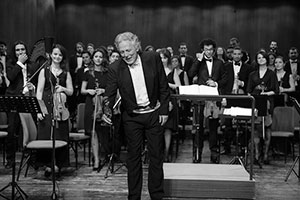 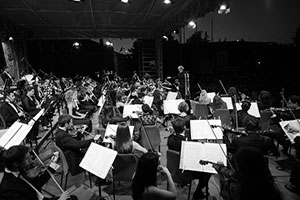 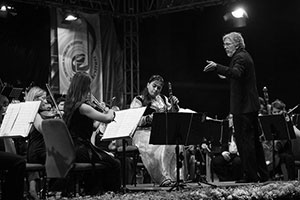 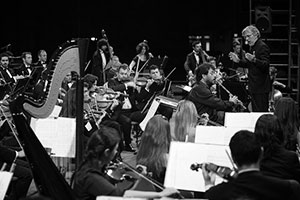